Like many people, the pandemic has knocked me seriously out of my usual orbits. This means that, for much of the last 9 months, I haven't been writing much. And for about 3 months before that, I wasn't writing for this site much. First I was doing NaNoWriMo 2019 (which I won), and then I was both recovering from that and enjoying a bit of a break for the holidays and such. And then, of course, The Endless March began.

Anyway, point is, I've been writing again. I knew I wasn't focused enough to actually do a proper NaNoWriMo and expect to win it again, but I'm also using it as a solid reason to reboot. I may even have some things I'm ready to share here soon, although being unfocused, a lot of what I'm writing is more fragmentary than usual.

Another point is, since I got to the end-point of NaNo '19, I have not actually looked at the manuscript I began for it. Again, first, I needed a bit of a break. Then, in addition to the pandemic knocking me out of orbit, the murder of George Floyd and subsequent sharp focus on the role of police, and police brutality, in our world, made me reluctant to return to a police procedural, even one set in a fictional future space utopia.

Tonight, I reread what I had written back in November, beginning to end, about 50,000 words.

So the last point is, I think I'm ready to start working on it again! And that makes me happy. The Newer York setting that's described in many of the short stories here is one that's been in my head for years and years. Then, for a while, I wasn't sure I knew how to make it relevant to the world we've been living in. Now, I think I'm ready to try that again.

So, with any luck, and a little bit of grit on my part, there will be some more stories coming here--both tales of Newer York, and maybe some of the other fragments I've started working on. The novel, for now, stays mostly under wraps. If I actually finish it, actually complete a novel, this is something I still want to try to publish, and that means being careful about how I reveal parts of it.

Anyway, that's a long road to, I think I may be back.

In the interim between one life and another, a cat meets with her goddess to shed her regrets before moving on to the next.

A young woman has a simple hypothesis about black holes... 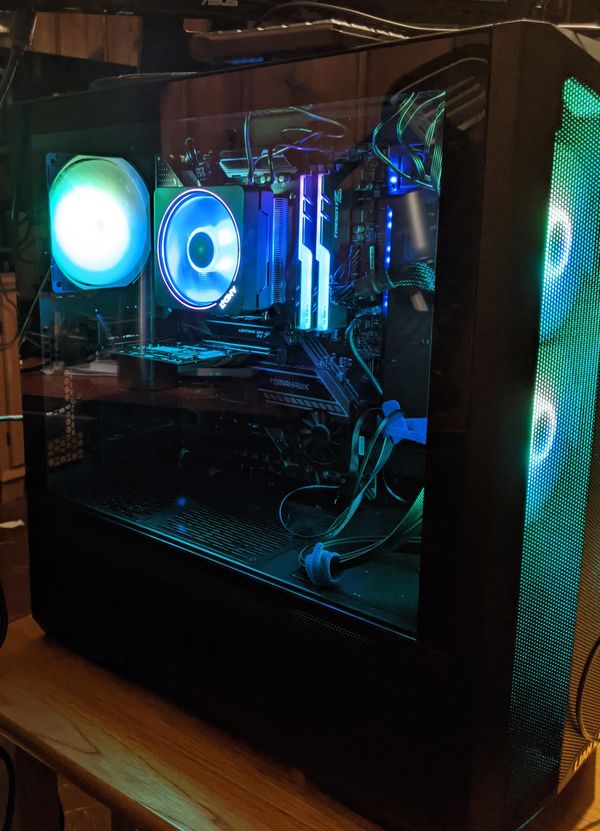 Fiction is eluding me. But I apparently have a lot to say about the process of building a PC!